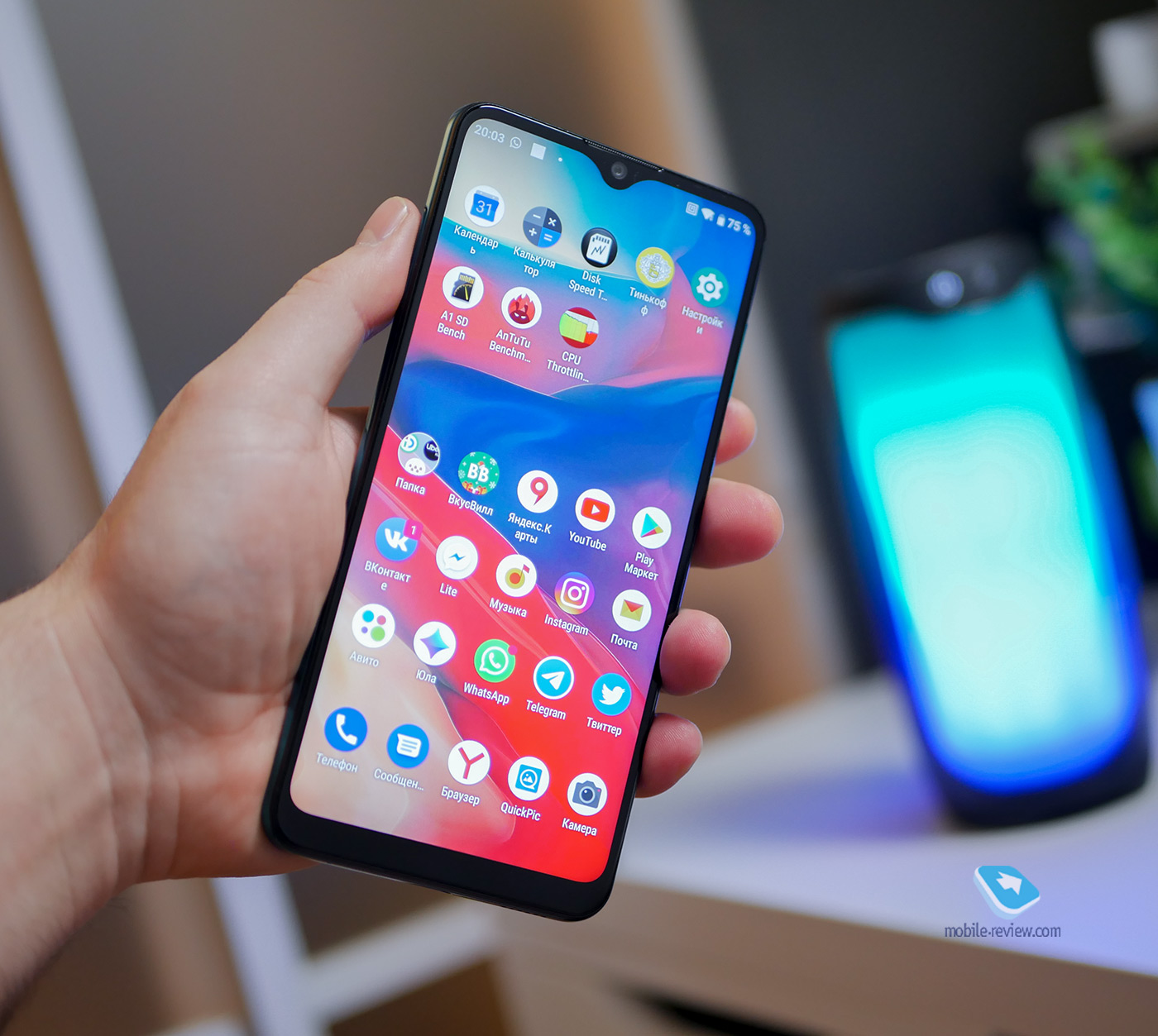 
Taking photos is another story, but we'll get to that in a minute. Avid mobile gamers will be pleased to know the Blade 10 Prime can at least run PUBG Mobile at a serviceable frame rate when tuned to low-fidelity graphics, though the experience obviously isn't as buttery smooth or striking as you'll find on the most powerful handsets.

Those optics are accompanied by another MP shooter on the front, which is pretty high resolution for a selfie camera on such an inexpensive phone. Let's start with that main rear camera, though. The Blade 10 Prime can capture surprisingly sharp images through that MP lens, especially when compared with the Moto G7 Power's best efforts.

Even outside on a rain-soaked night in New York City, ZTE's device pulled in far more detail, with the edges of buildings, cars and passersby more clearly defined. You can even see the rain beading up in the grooves of the asphalt — a texture that is totally lost through the MP lens of Motorola's phone. The Blade's rendition is far from perfect, especially where colors and highlights are concerned, but it's much better than you'd think, given the price range we're dealing with.

Indoors, ZTE's device also emerged as superior when I took a photo of a mask hanging on a wall, lit by a mix of natural and artificial light. While I personally prefer the G7 Power's ability to color in the shadows, everything from the glimmer of light reflecting off the paint on the mask's eye, to the splatters on the horns, is so much crisper on the Blade 10 Prime that the lighting deficit almost doesn't matter.

You don't have to look hard to see the Blade's advantage here — it's working with twice the resolution of Motorola's device, and it shows. Where I come out faded and glassy-eyed on the G7 Power, my face is brighter, more colorful and in focus on the ZTE handset. The 5-MP secondary lens on the back of the Blade 10 Prime is supposedly there to enable bokeh effects. I say "supposedly," because, while I was moderately impressed with the sharpness, white balance and overall quality of the photo I took of my colleague Kate, the phone repeatedly failed to apply the background blur, no matter whether I used the portrait or bokeh mode.

Honestly, it isn't a huge loss; cheap phone cameras never handle bokeh well. Still, it indicates a more serious issue on the software side, even though the Blade 10 Prime's image quality actually happens to be solid overall. ZTE's cameras can be remarkably slow at times, too, and while it's true that most cheap phones have to take a breather in between snapping pictures, the pauses on this device are noticeably longer than those on the G7 Power: As the last photo processes in the background, it's not unusual to experience a slight hitch in the viewfinder after each and every shot you take.

Even though the Blade 10 Prime relies upon Google Photos for browsing images after you've taken them, viewing just-snapped photos in the Camera app can be remarkably laggy as well, as swiping animations play back at a snail's pace. This isn't as consistent a problem as the shutter lag, but it did happen on multiple occasions in my experience with ZTE's phone. Besides the pokey camera performance, we found a few other areas where the Blade 10 Prime fell short of our expectations — especially when it came to longevity on a charge.

Disappointing battery life You expect to sacrifice power, camera quality and design with cheap smartphones, but the one thing you shouldn't have to give up is battery life. Apparently, ZTE never got that memo, because the Blade 10 Prime put up disappointing numbers in Tom's Guide's custom battery test, eking out just 7 hours and 2 minutes from its 3,mAh battery. To put that into stark perspective, that's less than half the endurance of the Moto G7 Power, which turned in a staggering 15 hours and 35 minutes of web surfing on 4G LTE and currently sits atop the list of the longest-lasting smartphones we've ever tested.

In working on this review, I charged up both the Blade and G7 Power before one weekend, and then proceeded to use them intermittently over the next couple days. The Nokia's longevity still isn't excellent, though it's much closer to the average smartphone.

Seven hours on a charge from the Blade 10 Prime is just not good enough, especially given the sacrifices buyers already make with a handset this cheap. A solid display that's far too dim In the grand scheme of things, the Blade 10 Prime's 6. The full-HD resolution suffices, and the In fact, the screen on ZTE's phone puts the Nokia 4. What's more, with a color accuracy score of 0. However, the Blade 10 Prime underperforms when it comes to brightness. This panel peaks at a measly nits, which is not especially impressive.

Thanks Meter : 1, Hello everybody. I've used the guides and threads and also posts of various users from XDA including wbaw,Saaransh9,karthiknr,Kannibalism and various others from MoDaCo like hedgepigdaniel and kozmic to make this and so I'm giving total credit to them as well. What is the ZTE Blade? Official CyanogenMod support was added in CyanogenMod 7.


Firstly lets discuss about some terms I'm going to use and their meanings. Basically is an Android OS for your phone. Different versions of the ROMs can exist as well. ROMs in the form of a. Its the equivalent to installing an OS on a PC.

Here,it refers specifically to Android ROMs. With root,you can browse system files and folders. It also allows you to flash custom ROMs and Recoveries.

Root also gives you Superuser ,an app that lets you handle root requests made by other applications. It is to be used only in extreme circumstances if you're a newbie. Various stock recoveries exist but not as common as CWM. Further,a recovery has its own partition,so even if you screw up your ROM,you can always go back into the recovery Explained in detail under Flashing a ROM. I'm talking about CWM here in specific because its the most widely used recovery out there and doesn't have any major issues.

It can be flashed onto your recovery partition after you've acquired root Explained below under Rooting through the app ROM Manager. Stands for Generation. You can find out the Generation of your phone using the Ask Mr. Pigfish app here. The difference is something in the memory layout and the radio images that most people don't need to understand. Total Phone Transfer is a method that changes the phone image layout. Some TPTs contain only Recovery, whilst others are full systems.

If you flash a TPT which contains only a recovery you should have a Rom ready to flash, which is for the correct gen of your phone. A TPT image differs for Gen1 and 2. The Blade has a partition based. System partition is where the ROM files go. All the Gapps files can be found here. From now on,we'll be dealing with various topics one by one.

Rooting your Blade. Root can be achieved through various forms and the most common way is to get it by the Z4Root application. Temporary root access gives you root ability only till you switch the phone off. Permanent root access roots your phone permanently even if you reboot your device.

To root, 1. Download the Z4root app here and install it. Start the app and give permanent root Recommended. Wait for it to reboot. You're rooted.